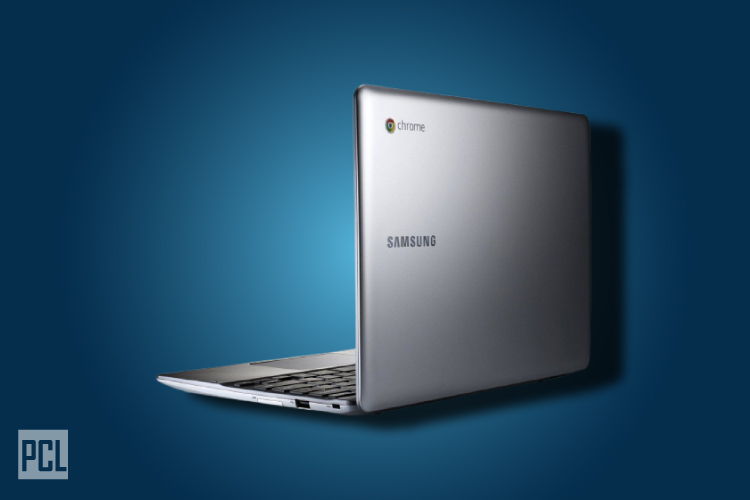 If you like a fast boot up, a long battery life and access to all of your favorite applications, then you will love the new Samsung Chromebook Series 5. It looks like a small laptop, but it is an innovation called a Chromebook.

The operating system is based on Google’s Chrome, which has a streamlined user interface with the Internet and boots up in only 8 seconds. Why so fast? It’s because all of the applications, software, documents, and settings are stored in the cloud. If you are unfamiliar with cloud computing, it means that all of these are stored in a server located elsewhere from your Chromebook.

Another advantage of the Chromebook is that it can last nearly nine hours on battery time, which comes in super handy if you are on a long car ride or sitting on a plane. Chromebooks can choose from millions of applications available on the Internet, and you don’t have to worry about malware or viruses either, because it has protection against them. Plus, it updates the system automatically, so it’s seamless to you!

A great thing about everything being stored on the cloud servers is that you can login to anyone else’s Chrome book and get your items just as quickly because it isn’t on your machine. Plus, if you lose or break your Chromebook or someone steals it, all you have to do is to get a new one, as there is no danger of identity theft since none of your information is stored locally.

The Chromebook has a 12.1-inch LED-backlit display and an anti-reflective screen. The screen is 40 percent brighter than other similar setups. The screen makes it possible to use the Chromebook to read outside even if the sun is shining! Its power comes from a dual-core Intel processor, and it also contains Adobe Flash power so you can view video intensive sites like Hulu or YouTube. Plus, you can use the wireless feature or sign up for Verizon Wireless service to use the Chromebooks 3G broadband capabilities. Wi-Fi LAN on the Chromebook works with ultra-fast Wireless-N networks (802.11n) and is also backward compatible with the older wireless networks (802.11b/g).

The Chromebook comes with two USB ports, as well as a 4-in-1 memory card reader, a buttonless touchpad that has multi-gesture support, and you won’t have to sacrifice video chats because it has a 1-megapixel webcam. It also has a full-sized keyboard, unlike some of the small netbooks or smaller laptops. This makes it much easier to type on it.

You can find millions of applications, including games, spreadsheets, business needs, etc. to make your life easier. Just head to the Chrome Web Store to see the latest apps and choose from your favorite category. Plus, should any of your current applications need an update, it happens automatically and seamlessly. You don’t have to do a thing.

So, if you want a sleek, innovative and speedy Internet device that is easy to use and offers nearly unlimited storage in the Cloud, consider getting a Chromebook today.